To everyone affected by COVID-19 - we’re here to help with distance-learning resources, complimentary software and support.

Supporting teachers, students and the community during this challenging season is no simple task. Our education team developed distance learning resources and tutorials and our software is available complimentary to help you navigate these uncharted times.

Finding a love for coding

When new student Caleb entered his 6th grade class , his teacher Jody Bean could tell he was playful and courageous, and eager to learn.

The two quickly learned they shared a love of technology.

Caleb has several health challenges and is accompanied by a nurse in class and at home. Jody wanted to make sure he had the opportunity to contribute like every other student.

“I used SMART amp as a learning space for him to express his thoughts and ideas,” she says. “SMART amp gave him the ability to collaborate with others and it opened opportunities for him.”

Caleb used Monster Quiz on his laptop at his desk as a tool to interact and compete with his classmates on a level playing field.

Caleb started engaging more in class. When it was time to choose an elective activity, he took it upon himself to send Jody an email, something he’d never done before.

“It said: Mrs. Bean. I like technology. I would like to be in your coding class,” Jody says.

Caleb has discovered he loves coding. He wants to create video game characters. He’s also interested in science, and wants to design a computer program that could help investigators gathering evidence at crimes scenes.

He feels his future could be a career as a computer programmer.

“I have a lot of things I want to make,” Caleb says. “My greatness is creating things.” 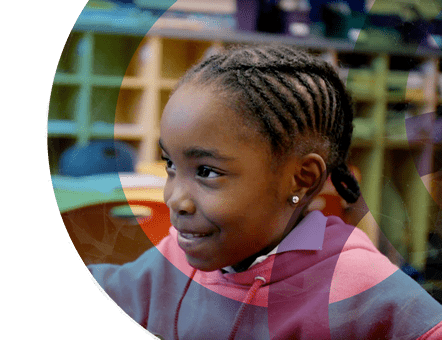 Ja’Shyni was shy. She was shy to the point where she even struggled to tell her teacher her name on the first day of school.