Jay Salerno says that part of what helps students find their greatness is giving them the opportunity to learn in controlled chaos — especially when it comes to technology.

“Technology truly is a tool that has endless opportunities,” says Salerno, a 20-year educator who works as the director of educational technology for Newington Public Schools in Connecticut.

“When you put technology in kids’ hands, you’ll see great things come out of the chaos.”

Salerno’s role sees him bounce between schools in his district, helping everyone from kindergarten students with iPads to Grade 2 students learning to use Chromebooks to high school teachers getting to know their SMART Learning Suite software.

Salerno’s talent as a leader is helping teachers find a level of comfort with technology that means their lessons flow naturally, Dr. Collins says.

“Teachers don’t want to have a bunch of discussions about blue wires. They want someone to empathize with them and help them use their technology in a different way.”

A keen follower of new developments in education technology, Salerno was one of 36 teachers from around the world selected to be a 2017 Google Innovator as part of the London cohort.

He’s also one of the drivers behind the SMART Bus, a mobile technology lab outfitted with state-of-the-art displays, software and equipment from SMART Technologies. His school district uses the bus to run its Techsperts Program, another project he helped pioneer. Student volunteers expose community members to technology via computers, 3D printing and SMART interactive displays.

Salerno says his strength as a leader is ultimately about empowering the teachers he serves and then watching them thrive.

“My greatness is being able to convince educators to take chances and not look back,” Salerno says. “I encourage them to fail. If they fail, it means they’re trying something new.” 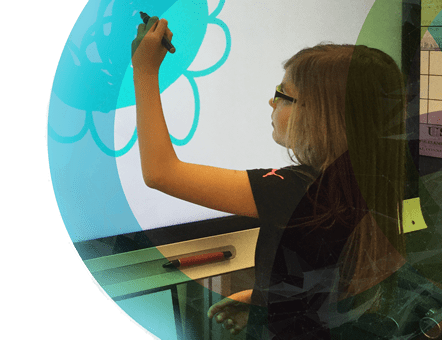