Bob Young, her teacher at the time, recognized the challenge in his student because he knows it well – his own son has selective mutism.

“As the teacher, I had to find ways to reduce that anxiety so her true voice could come out. My mission was to find things she liked to do and this could lower her anxiety enough to start talking with me,” Bob says.

The pair began meeting twice a week after school. They would play games and write on the SMART Board, as well as play games of UNO.

“I could tell her anxiety went down,” Bob says. “She absolutely loves being able to play on the SMART Board. Her favourite thing is to open a blank Notebook page to draw and doodle.”

After two weeks of meeting with Bob, Kaylee started to whisper. That whisper turned into a normal voice while she interacted with the SMART Board and played games. She set a goal for herself: to start speaking in class.

With support from some close friends, Kaylee used her normal voice after school. She also used it in a small group in the classroom. Now a third grader, Kaylee wants her teacher to hear her normal voice. Bob continues to act as her mentor.

“Her number one goal is to talk aloud with her normal voice in the classroom,” he says. “Each week, we are one step closer to achieving that goal.” 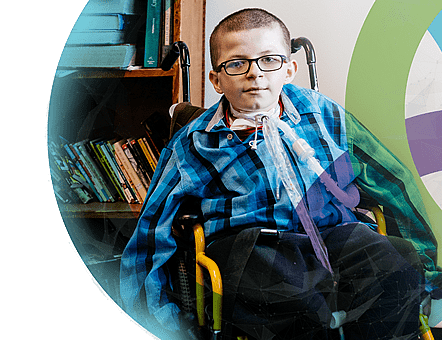 Caleb and his teacher shared a passion for technology. Caleb realized that passion could open doors for him to pursue a career in computer programming.