That began to change after Markus’ class used SMART technology to start a project with students living more than 10,000 km away. When one of Markus' teachers Kristin Skage told the 7th grade class they’d be collaborating with students in Hawaii, Markus’ hand shot up. He wanted to know how they would manage the 12-hour time difference.

“I told Markus: that’s math. Figuring out the time difference is math,” says Kristin. “I saw his eyes light up.”

The two classes shared information on SMART amp, swapping local recipes and comparing their climates of snow and sand. Markus and his classmates came into school in the evening for a chance to Skype with their Hawaiian friends.

“Our purpose was to connect our students who live halfway around the world from each other,” Kristin says. “We want them to celebrate their differences, recognize their similarities, andappreciate their uniqueness.”

As the project wore on, Markus blossomed. His confidence grew. When his class received a Hawaiian Christmas cookie recipe on SMART amp, he showed other students how to convert the American measurements into metric units. Markus now regularly raises his hand in class and willingly discusses assignments with other students.

“It was easier to do math when it was something that was fun,” Markus says.

When other students need help converting units, they seek out Markus.

“He had a whole new spirit in math class,” Kristin says. “I could see it in his eyes.” 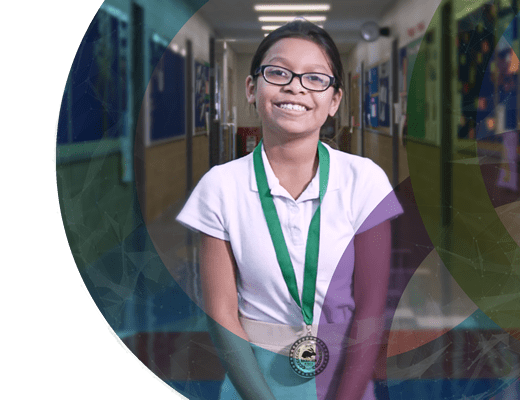 Fiercely independent, Jocelyn worked with her peers to discover how hydro-electric energy could relieve the global dependence on fossil fuels.